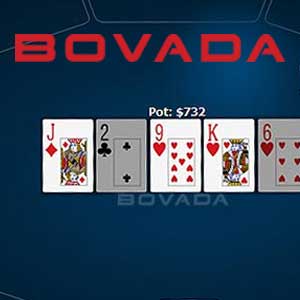 It’s incredible the difference a few months can make – and that could not be more accurate when looking at the Bodog Poker brand, which has somewhat surprisingly resurfaced in the USA as Bovada Poker.

It looked as if Bodog would be quitting the States just five months ago to concentrate on the lucrative Asian market that is opening up right now, only for the poker website to make a Lazarus-like rise from the dead yesterday as Bovada Poker.

This is a massive turnaround from what had been expected following Bodog founder Calvin Ayre’s conclusion back in early August that the real market is in Asia, not in North America, anyway. Maybe it was all just a smokescreen, although it’s likely we’ll never know.

Emails have also been sent out to all existing customers with a heading that reads: Bodog.eu is changing — New Name, New Look, Same Great Service. That’s good to know, of course, as Bodog was regarded as one of the leading poker sites in the USA.

Also slightly unexpectedly, or maybe not, the ‘new’ site will be operated by the Morris Mohawk Gaming Group (MMGG) – which was Bodog’s previous USA licensees from 2006 onwards – and will be affiliated to the Bodog Poker network in precisely the same manner as skins on numerous other online poker networks share player databases.

Ultimately, though, I guess most poker observers could have predicted some sort of presence for Bodog within the States, even though the company had stated in July that they would be quitting after this year ends as they aim to enhance their share of the market in Asia, as well as Britain by opening numerous high street shops.

Unfortunately, only customers within the USA will be able to gain access to the site, so leaving countless European poker players disappointed at not being able to compete with the North American counterparts, although they will still be allowed to log on to their accounts and play at bodog.eu.

It is an incredible change in stance, though, as it appeared Bodog was giving up on the States when their British operation was awarded a Gambling Commission licence to operate within the European country back in July.

That decision will almost certainly mean that Bodog will continue sponsoring the always-popular annual Poker in the Park event in London.

It should also be noted that Bodog signed sponsorship deals with English Premier League football side West Bromwich Albion and Scottish First Division team Ayr United FC as they aim to promote their brand in the already-packed British market.

What is vital, though, to existing Bodog Poker customers outside of the USA is that they have been moved on to the new website, while the only major change for States players is that they are now unable to access the Bodog website and must instead download the Bovada Poker client.

US players need not panic, though, as their bankroll information – which remains safe and secure – has been transferred to Bovada Poker, while their passwords and log-ins remain unaltered.

The email sent to all US clients continued by pointing out that: Your account and balance has automatically been transferred to the new website and you are able to log in to the site using your existing account details and password, before concluding with the message: We hope you enjoy the new site!

Bodog’s rebranding to Bovada Poker might even have a positive effect on the numbers of players hitting the virtual tables at Bovada Poker, as well as the Bodog Poker Network.

Incredibly, Bodog’s traffic levels showed a massive 64% year-on-year increase immediately following the events of Black Friday back in April, although those impressive figures began to drop off after the announcement from Merge Poker Network that they would be accepting new registrations from the States.

Still, Bovada players will continue to hope that they can benefit from massively under-subscribed guaranteed events and some very weak players in the low and micro stakes tournaments and tables.

We shall see, but it’s great news for American poker players after numerous poker sites, including PokerStars, Full Tilt Poker and Absolute Poker, were shut down by the US Department of Justice (DoJ) on April 15 this year, leaving US clients lacking in opportunities to play online poker.

A press release from Bodog announced yesterday’s changes, and reads as follows:

Following the Bodog Brand’s decision to withdraw the brand from the US market as announced earlier this year, as of today (December 14, 2011) the Morris Mohawk Gaming Group (MMGG) will no longer operate under the Bodog name

Whilst MMGG’s brand licensing agreement does not formally expire until December 31, as from today, US residents will no longer be able to access bodog.eu or any other Bodog branded website.

We understand MMGG will now operate under its new brand, Bovada, at the following website: www.bovada.lv, such domain being given to MMGG pursuant to its rights on expiry of the licensing agreement.

The Bodog brand is confident MMGG’s customer account information and funds will continue to remain safe and secure, as it has done since MMGG entered its original agreement with the Bodog Brand in 2006 and we would like to wish MMGG the greatest success in its new venture.