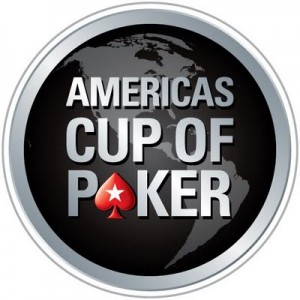 Winning is good but winning back to back titles is the mark of a real champion and the Team Canada Poker team can be feeling rather content with themselves at the climax of another Americas Cup of Poker.

7 teams from North, South and Central America convened in Uruguay for the tournament which kicked off with a number of sit ‘n’ go tournaments with points being awarded dependent on the finishing position at each player’s tables. With only four teams from the 7 progressing at this stage, there was a lot of early pressure to ensure that a brief stay at the tournament was avoided.

Canada stormed past their opponents

Brazil, Canada, Mexico and Venezuela were the four teams who made up the semi-finals but there was not much of a contest in the two games. Canada trounced Brazil 5-0 and Mexico had a 4-1 victory over their Venezuelan opponents.

The third and fourth play-off saw Venezuela beat Brazil 4-1 but anyone hoping for a close contest in the final would have been sadly let down. Canada once again showed the difference in class with another 5-0 win, ensuring they did not drop a single game during the knock-out rounds. Anyone looking for insight into how Canada managed to stand out so strongly against their rivals may have found one of the post-tournament interviews revealing.

Is the schooling system in Canada so advanced?

John Mehrassa, one of the victorious Team Canada players, remarked that “When we raise our kids in Canada, the first thing we teach them is poker” which is great for breeding good poker players but perhaps not such a hit with the care services! In saying that, getting an early grounding in the nuances of poker can bring an understanding of numbers, colours, patterns and human nature, so it is not a bad thing to be teaching to youngsters.

The $25,000 prize money is not likely to be the biggest prize that the winning players will receive in their poker career but when taking part in an international tournament, the pride can sometimes be far more important than the cash.