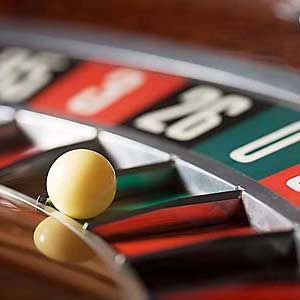 Las Vegas casinos, who just a couple of years ago were strongly opposed to the legalization of online poker, are now a staunch ally in the push to allow poker players in the U.S. to play once again from their home computers.

For many years, the casino industry feared much of its business and customer base would be lost if gamblers were able to make wagers without leaving the comfort of their homes. But now that online poker has been available to players for more than a decade, the results have shown the opposite to be true. The online poker boom actually increased poker’s popularity and brought poker players into casino card rooms in droves.

The turning point for industry executives came in March, 2010, when the American Gaming Association changed its stance and began supporting regulation of online poker. And the events of 2011, including Black Friday and the recent allegations against Full Tilt Poker, have made it clear that regulation is sorely needed.

“There is a whole different attitude on the Hill [Washington] and in the country and in a funny way the PokerStars and Full Tilt events, both on April 15th and last week, show the need for legalization and regulation,” said Frank J. Fahrenkopf, Jr., AGA President and CEO.

The AGA is now seen as America’s best hope for online poker to become legalized. They have established a code of conduct that requires future U.S. licensed online poker companies to adhere to. Several of the codes outlined by the gaming association have apparently been written with the recent Full Tilt legal action in mind. For instance, licensees would be required to undergo extensive background checks and that “effective regulation of online poker must begin with the integrity of the operators themselves.” The conduct code further states that any licensed online poker room would be required to set up anti-money-laundering procedures.

With the AGA, the Poker Players Alliance and FairPlayUSA lobbying for online poker, many in the industry believe online poker will be available to U.S. players perhaps within a year or so. It will undoubtedly be heavily regulated. But the poker sites won’t all be in offshore locations with no protection to the players’ funds as has been the case up until now. In all probability, several future online poker sites will be based in Las Vegas. Just a couple of years ago, that idea would have been preposterous to casino industry executives.