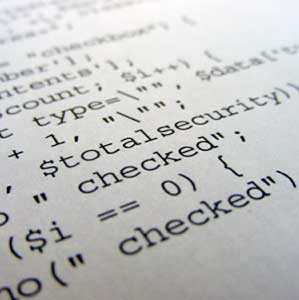 High rake, credit card and bank wire transfer fees, player collusion, poker bots, fraud, money laundering, having a run of dead cards and slow cashouts (that is, if your preferred poker sites have the funds to pay you at all) seem like enough for online poker players to have to worry about.

Recent history shows that online players should also be concerned about encryption, or the lack thereof.

Encryption is encoding a message so that only a sender and the intended receiver have the ability to read the contents of the message. Before depositing and playing at poker websites, most players assume that the sites have some type of security in place that will ensure a safe and fair playing environment. We don’t want to be concerned with some unscrupulous hacker being able to steal our password or see our hole cards. But it has happened in the past and more than likely will happen again in the future.

PokerTableRatings, the data mining website, was able to discover weak encryption in the servers of Cake Poker in July of last year. Cake was said to be using a poor XOR encryption that programmers could easily crack, instead of Secured Socket Layer (SSL) encryption, which is standard in the industry. Poker players were in jeopardy of having their account information and hole cards available to hackers.

Lee Jones, the manager of the card room at Cake Poker during that time, said that he was informed by programmers that Cake’s encryption code was indeed, secure. But one month after the security problem was exposed, Cake added SSL encryption to ensure the confidence of its players.

A few months prior to the Cake security issue, the Cereus network was also criticized and accused of weak encryption. PokerTableRatings was again responsible for discovering the security breach at Absolute Poker. PTR went so far as to publish a video on Youtube showing the vulnerability of the site’s security. Cereus also was forced to upgrade to SSL encryption.

Joining the list of sites with a history of weak or questionable encryption is the UK-based online bookmaker Betfred. A couple of years ago Betfred was accused of failing to encrypt passwords of its affiliate accounts. Apparently, the company’s employees leaked information compromising the passwords, addresses and rake numbers of its customers. Betfred, whose poker room is on the iPoker network, now touts SSL encryption as well.

In recent news, it was learned that Betfair, the world’s largest online betting site, had its data storage hacked by cyber criminals who stole 3.15 million usernames featuring encrypted security questions, 2.9 million usernames with addresses and bank account details of 89,744 usernames. Betfair said that the stolen data was not used fraudulently and all data was recovered and the online gambling site has done everything possible to minimize the risks of another security breach.

Its hard enough to win at poker without having to worry about site security and whether somebody can see hole your cards. Let’s hope that when federal regulations are in place and online poker is legal in the U.S., that the legislation will include assuring players of a safe and secure poker room.

For this reason it’s good to stay informed, our Easiest Poker Sites website only reviews the most secure and trusted poker sites that came trough the security test and are reliable. You won’t find Full Tilt Poker over here (currently in the middle of law suits because of an alledged Ponzi Scheme). Stick with sites like 888, they might not offer thousands of dollars of bonuses, but be realistic in where you are going to put your money. Check our 888 poker bonus page for more information. We are currently offering a special deal, which is 50% higher than the regular bonus!