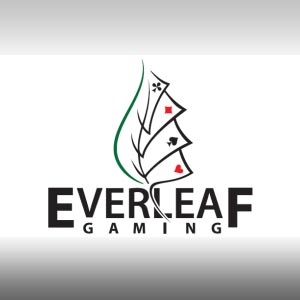 Following an investigation into their operating procedures, the Everleaf Gaming Network was sanctioned by the Malta Lotteries and Gaming Authority (LGA) for “irregularities,” coming just one month after Everleaf was forced to exit the U.S. marketplace by a cease and desist order issued by the U.S. Department of Homeland Security.

Without detailing the cited irregularities or divulging the punishment involved in the sanctions, whether monetary or otherwise, the LGA officially announced on its website that Everleaf will continue to be “monitored closely to ensure its operation respects Maltese law.”

On Feb. 9, Everleaf discontinued allowing its services to players in the U.S. following a consultation with LGA officials after U.S. authorities seized funds from a payment processor that facilitated financial transactions to various sites on the Everleaf network. With threats of legal action from U.S. honchos if poker operations were to continue in America, the LGA advised a hasty retreat from the U.S. market “due to the nature of the threat and the current climate.”

Later that month, Everleaf released a statement regarding the seizure of funds and the allegations levied by U.S. Homeland Security authorities, saying, “To our knowledge, the U.S. authorities seized these funds and blocked the transactions based on purported violations of certain U.S. laws, including operating an illegal money transmitting business, the Wire Act, and money laundering.”

Everleaf also stressed in the statement to their U.S. players that all funds were fully protected and players with account balances would be able to expect complete reimbursement. Posters at online poker forums have recently commented that cashout requests have been honored.

In December, Everleaf was involved in controversy by instituting a restriction on winning players by prohibiting access to particular tables that were seated by an abundance of players who were losing and rated poorly. In a somewhat shocking move to the poker industry, Everleaf intended to enforce a “healthy player and financial balance within the card room,” by denying players who had accumulated weekly winnings in excess of €750 from playing at certain tables by receiving a pop-up message on their monitors indicating that they “are not allowed to play on this table because your player rating is too high.” Likewise for losing players who attempted to join a table of winning players, a warning message appeared saying, the rating of the table is higher than yours, do you really want to play on this table? The ratings were done on a weekly basis and all players would start from scratch at midnight on Sunday.