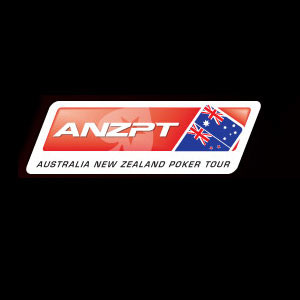 In what amounts to the most heartfelt story in poker tournament history, cerebral palsy sufferer Jonathan Bredin takes down the ANZPT Queenstown Main Event.

There’s no denying that poker is an emotional sport. Winning a major tournament can go down as a poker player’s most monumental triumph just as easily as finishing runner-up can haunt the same player for years. But never before has the outcome of a tournament been as emotionally driven as when Jonathan Bredin won the 2013 PokerStars.net ANZPT Queenstown Snowfest.

The 23-year old Bredin suffers from cerebral palsy, and due to his trouble speaking must communicate via an iPad. In addition, a caregiver helps him handle his cards and chips. But despite his limitations, Bredin proved a ferocious poker player, proving that poker is a sport that doesn’t discriminate against those with physical impediments.

After three grueling days of poker, Bredin began the final table as the chip leader; an already astounding feat. Michael Chon would be Bredin’s first casualty as his K♣7♥ couldn’t suck-out against Bredin’s K♥Q♦. Bredin was then the beneficiary of a favorable flop as his dominated Q♣J♣ out-flopped short stack Colon Carpenter’s A♥Q♦.

Ricky Kroesen, who finished in fourth last year, would be eliminated in sixth. After his departure, the action would slow down considerably. Jon Pierre Narbey and Chiu Yeung Lee would then get involved in a memorable pot that deserves special note not for its outcome, but for its ridiculousness.

Things started off pretty normal. Lee opened with a click raise from under the gun and Narbey called out of the big blind. The flop came 8♦10♣9♥. Narbey donk-bet 45k and Lee went into the tank, taking a full four minutes before finally calling. In the process, Lee had had the clock called on him by Raj Ramarishnan. Taking so long to call a flop bet is unusual, but certainly not unheard of. The turn put out the 7♠ and this time Narbey tanked, eventually putting out a 45k bet. Lee tank called and the two players were finally off to the river.

The river brought a seemingly harmless A♦. Narbey again went into the tank, forcing Bredin to call the clock. The outcome of Narbey’s deliberation was a check. After all that, a check!

Then Lee, who already had four minutes to think about his move, took another three minutes to decide what to do. Ramarishnan called the clock again, making for three times during one hand. Lee finally shipped it and as expected Narbey went into the tank! As the length of the hand approached 17 minutes the players became furious, with Bredin calling the clock for a fourth time, and an unprecedented third time on one street. Narbey folded, and both players were warned to never to play a hand like that again.

Narbey would bust in fifth by Ramakrishnan, who himself would be eliminated in fourth. Lee would go out in third leaving Bredin to face cash-game specialist Daniel Laidlaw. Bredin would once again call upon Lady Luck to bail him out as his K♥2♣ was in dire straits against Laidlaw’s A♠K♠. Luckily for him she listened, as a magical deuce hit the board, keeping Bredin’s dreams of poker glory alive.

On the final hand Bredin raised, Laidlaw jammed and Bredin snapped with K♣K♠. Laidlaw held a premium hand himself, the A♦Q♦. The flop would come 3♣K♦J♠, good for at least a small sweat. But the turn and river bricked and Bredin was declared champion. He received $93,600 Australian for the efforts.

But here’s where things get crazy. Bredin has two black Kings (clubs and spades) tattooed on his shoulder – the same exact hand he won the tournament with. You can’t make this stuff up.

It might not have been the biggest tournament, nor the most well played, but the 2013 PokerStars.net ANZPT Queenstown Snowfest Main Event final table will go down in the annals of poker lore as one of the most memorable events ever. Congratulations Jonathan for truly defying the odds.