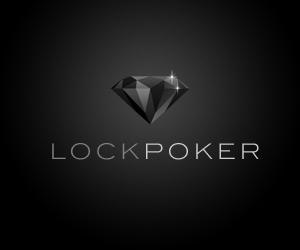 American poker pro Jared ‘Jhub’ Hubbard has challenged his fans to thrilling heads-up battles throughout the whole of next month – if they can answer a question concealed somewhere on his personal website.

The Lock Poker Elite Pro will also allow his opponents to choose the stakes they wish to play for against the sit ‘n’ go specialist from Minnesota as Hubbard takes on all-comers on every single day of February in a challenge he has described as being as up close as it gets. It should be a fantastic few weeks for prospective champions as taking on Hubbard – who began playing online back in 2006 – would be a greater test than the vast majority will have ever faced before. If anyone does somehow beat Hubbard, he will give them a 30-minute coaching consultation on any discipline that interests, as well as the cash for overcoming the expert, of course.

Answer a Daily Question for Chance to Face Pro

Anyone interested in meeting Hubbard head-to-head should sign up to follow him on social network site Facebook or microblogging website Twitter and look out for the daily trivia question he supplies. Now, this is where it gets even more interesting as the answer to his query will be located somewhere on his own website, jaredhubbard.com. The first entrant to supply the answer on each of February’s 29 days will be given the chance to take on Hubbard at Lock Poker – no matter how much cash they have as the stake levels will be decided by the challenger.

I’m really looking forward to this. I love what I do for a living and am fortunate to be a Lock Poker Elite Pro and to work with Poker Face PR, who built my website and created this promotion for me. The best part of what I do is interact with the fans and this contest will certainly put us as up close as it gets on the felt.

Hubbard, of Farmington, produced a brilliant display of skill recently to take down the $1,000 buy-in No-Limit Hold’em Championship event for $70,769 at the Fall Poker Classic at the Canterbury Park Card Club in Shakopee. The champion emerged triumphant from a field of 293 players to eventually defeat fellow American Brandon Beery in their heads-up encounter that left the latter with $39,789 for his runner-up spot back in mid-October.

However, Hubbard is better known for his skills on the virtual felt at Lock Poker and has already accumulated more than $1.5 million in online winnings, while he was also ranked at number one in the whole Merge Poker Network last year, according to online poker tournament results database Sharkscope. He is normally located playing 16 tables at a time at Lock Poker, taking in medium-to-high stakes six-player sit ‘n’ gos, or even between four and six medium-to-high stakes heads-up SNGs. This upcoming challenge won’t be the last from Hubbard this year, however, as public relations firm Poker Face PR (PFPR) have promised numerous interactive promotions that will involve the online star.