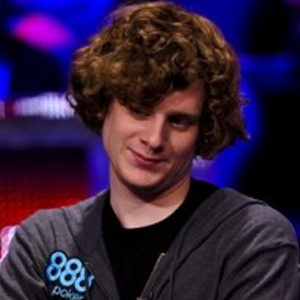 There might be a lull in the poker world right now with the festive season in full swing, but fans of the world’s greatest game can still get their fill of flushes and full houses by tuning in to see a documentary on sensational poker star Sam Holden next month.

The 22-year-old Englishman enjoyed an incredible 2011 and is rightly the subject of a documentary to be shown on television throughout Europe over the next few weeks.

In a little over a year after turning pro, the rookie managed to secure a seat among the November Nine at the World Series of Poker (WSOP) main event, finishing in ninth for a staggering $782,115.

OK, he would have been aiming for the top spot, WSOP gold bracelet and $8,715,638 taken by Germany’s Pius Heinz, but it’s quite staggering how far the youngster has come since first making his mark at the felt back in August last year with his 12th place finish at the UK and Ireland Poker Tour (UKIPT) Edinburgh main event for $3,436.

Since then, Team 888 Poker ambassador Holden has secured a fifth place from the UKIPT Galway main event for $2,090 last December, as well as first in the UKIPT Newcastle No-Limit Hold’em (six max) event for $5,785 in June, his ninth at the WSOP main event in Las Vegas, and the top spot in the Coral Late Night Poker 2011 in Cardiff for $150,000 in late November.

Now, after such a sensational 12 months, Spade Social – a video social network for poker fans – and poker site 888 Poker have got together to produce a half-hour documentary that will allow fans of the game to see what it is like to play at the highest level.

In fact, the Eastbourne pro allowed a film crew to follow him around as he prepared to take his seat at the November Nine, so expect some startling insights as Holden hit the headlines across the globe.

The poker documentary makers have assured poker fans that the 30-minute movie will highlight “what has turned him from a hopeful student interested in the game to one of the brightest and most talented players in the circuit”.

Changes in Game Highlighted in Documentary

Additionally, they also stated that they will reveal “how the new breed of highly educated, young poker players is changing the game and what influences technology and social media have had on the sport”.

While Sky channel 231 will show the movie in the UK, poker fans throughout continental Europe will also have the chance to view this thrilling piece of movie-making on 20 free channels during January.