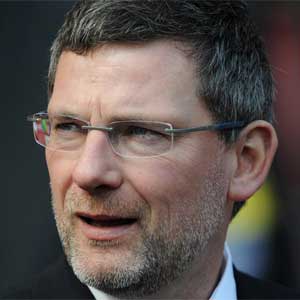 A good sporting manager needs to have a poker face in order to get the best from their players and to outwit their opponents but not too many will turn to poker to inspire their team. This is the situation that the Scottish national football team is experiencing at the moment and no doubt boss Craig Levein hopes he is playing a winning card with this move.

It is not as if the Scottish national football team has had its troubles to seek with late night revelry. Throughout the years, the drinking culture within the country has bled into the national team creating stories, at times hilarious, at other times tragic, that have weaved their way through the fabric of the game.

A dark night for Scottish football

However, in recent times, this level of drinking and socialising has not been as acceptable in football and a dark night for the Scottish national team fell when the team had returned to their hotel after a 3-0 defeat by Holland. Alan McGregor and Barry Ferguson, at the time both Rangers players, engaged in an all-night drinking session which climaxed the following morning with both players abusing hotel guests and one of the Scottish coaches.

Both players were issued bans by the SFA and since then, there has been a clamp-down on what sort of behaviour is allowed when the national team congregates. Even through there is still a tight eye kept on the levels of alcohol consumed, Scottish boss Levein has decided to loosen the level of control and has brought in poker nights to provide the players with an outlet for their free time.

There are no half measures with this approach and genuine casino croupiers are being employed by the national team to ensure that everything is above board. In a way this takes the responsibility away from a player to ensure that order is kept in the game and should mean that everyone who wants to be involved in the poker game can get involved.

Poker has long been associated with football players, young men with plenty of free time and money will always find activities that engage these commodities. Some will worry about the national team coach introducing poker in such a formal fashion but given it is likely that poker schools will pop up throughout the camp, there is an argument that it is better to have it all above board and properly regulated.